Realization obliterates the subject-object split; it's not that there's some mysterious principle besides.

People who study the path clearly know there is such a thing; why do they fail to get the message, and go on doubting? It is because their faith is not complete enough and their doubt is not deep enough. Only with depth and completeness, be it faith or doubt, is it really Zen; if you are incapable of introspection like this, you will eventually get lost in confusion and lose the thread, wearing out and stumbling halfway along the road. But if you can look into yourself, there is no one else. 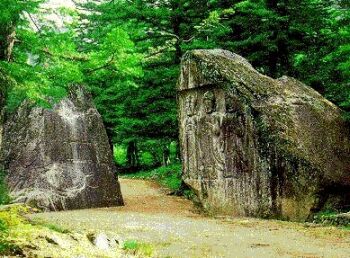 The path is not revealed only after explanation and direction; it is inherently always out in the open. Explanation and direction are expedient methods, used to get you to realize enlightenment; they are also temporary byroads. Some attain realization through explanation, some attain realization through direction, some attain by spontaneous awakening; ultimately there is nothing different, no separate attainment. It is simply a matter of reaching the source of mind.

You have to be able to monitor yourself. When people proceed on the path because they are confused and do not know their own minds, they come to mountain forests to see teachers, imagining that there is a special "way" that can make people comfortable, not realizing that the best exercise is to look back and study your previous confusion.

People nowadays mostly take the immediate mirroring awareness to be the ultimate principle. This is why Xuansha [835-908] said to people, "Tell me, does it still exist in remote uninhabited places deep in the mountains?"

If you ask what power we should have all of, it is the power of nondeception. If you see anything in the slightest different from mind, you forfeit your own life. Thus for those who attain the path, there is nothing that is not it.

~ Excerpts from the "Keys of Zen Mind" chapter of Instant Zen: Waking Up in the Present, the teachings of twelfth-century Ch'an master Foyan, translated by Thomas Cleary.